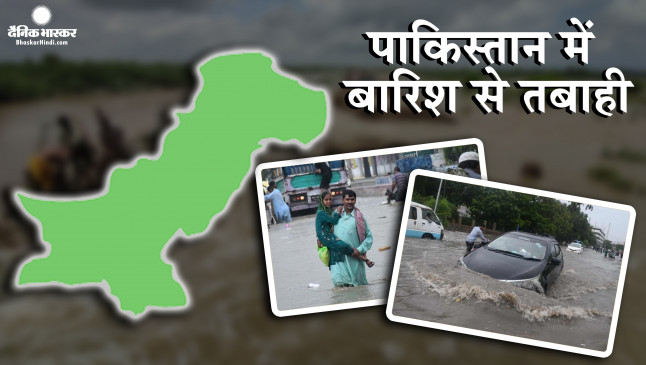 Digital Desk, Islamabad. At least 7 people were killed and 16 others injured in separate rain-related incidents during the recent heavy rains in Pakistan’s north-western Khyber Pakhtunkhwa province. This information was given by the Provincial Disaster Management Authority (PDMA).

In a report on Sunday, the PDMA said that women and children were among those killed in incidents of landslides and roof collapses due to rain in various parts of the state since Friday.

At least 19 houses and buildings have been partially or completely damaged due to the rain and rescue and relief operations are underway in the affected districts under the supervision of the local administration, Xinhua news agency reported.

Authorities also cleared several roads for traffic in the province after they were blocked due to sliding land.