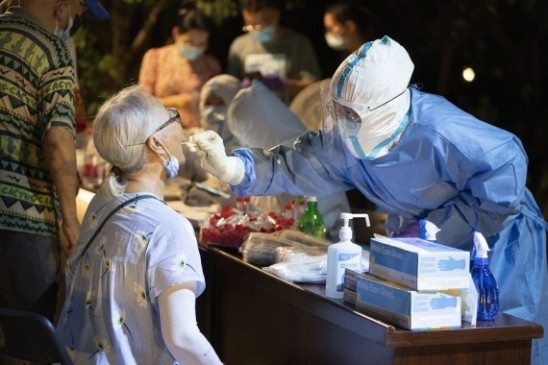 Digital Desk, New Delhi. Top scientists at Harvard and MIT in the US believe that the theory of the origin of the corona virus leaked from a laboratory in Wuhan city of China can be considered the most convincing as no such organism could be detected even after two years of its infection. in which its existence is confirmed.

Alina Chan, a gene therapy and cell engineering specialist at MIT and Harvard, said that there is a possibility that the virus may have been developed under some formula in a laboratory in Wuhan city of China. Metro UK quoted him as saying that it can be believed that this virus must have been prepared in the laboratory. He said that we have heard from top scientists that the laboratory theory of the origin of this virus is the most to be believed because this is also said by the scientist who first modified the SARS virus.

This 33-year-old scientist has collaborated with British science writer Matt Ridley to write a book about the origin of SARS Kovid-2. He says that I believe that at this time the theory of laboratory origin is more credible than natural origin and we all agree that the serious crisis that was seen in the Wuhan Sea Food Market was caused by humans. There was a super spreader incident but there is no evidence that there was any natural reason for the origin of that virus in the market.

Ridley said that it is still incredibly surprising that two months after SARS infection, we found out its origin and a few months later the MERS virus was known that it was spread from camels but due to corona infection. Even after two years we are yet to find out its root cause. China has strongly denied Corona’s laboratory leak theory, but it is being heavily criticized for being transparent in its investigation of its origin. According to John Hopkins University, 272,146,742 people have been infected worldwide and 5,328,975 people have died due to the corona epidemic till Thursday.