New Delhi: Several users of the Apple iPhone 13 lineup are facing an issue of a random pink screen when using their devices, thus, rendering the device unusable without restarting it, according to an Apple discussion forum. According to some users, their iPhone 13 Pro’s display’s turned pink and randomly started crashing. Several users who have encountered this problem have had their iPhones replaced and have started to post about their device’s display turning pink on its own in the past few weeks and months, the media has reported.

The Cupertino, California-based tech giant has said that the issue of several iPhone 13 models turning pink is a software bug and hence some of the users who encountered the issue could not get their devices replaced, according to a report by 9to5Mac. Reading the reports, it’s not possible to find a pattern of why this happens, although it seems restricted to the iPhone 13 line, the report added.

“Had the same issue when taking a picture and it froze screen turned pink and then restarted. Called apple support they ran diagnostics and said there was nothing wrong. So gonna keep it until it happens again or happens constantly.if it does i am returning it since I just got it day before yesterday,” one of the affected users wrote earlier in December.

Acknowledging the issue, the iPhone maker reportedly made a statement on Weibo after some users from China reported the same issue. We didn’t notice relevant problems in the hardware of the devices because this situation [pink screen] is caused when the system is locked. According to a report published in My Drivers, Apple is advising users to backup their data and install the latest update available to rule out the incompatibility between an app version and the iOS version. 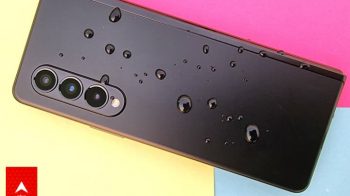