Read more: ‘Why did you give birth?’ ‘Unprecedented’ case against the doctor of the young woman! Also won compensation …

Nimbu Bai and Balam Ram are residents of Rajanpur district in the Punjab province. On the Indo-Pakistani border at Atari border (Pakistani Child Birth in Border) because of the birth of their child, he was named Border. On December 2, Nimbu Bai’s labor pains began. A few women from the border village went to the Attari border and stood next to Nimbu Bai. They are the ones who help Nimbu to give birth to a child (Pakistani Child Birth in Border). Medical services are provided on behalf of local help centers. All facilities have been provided for the birth of a child. 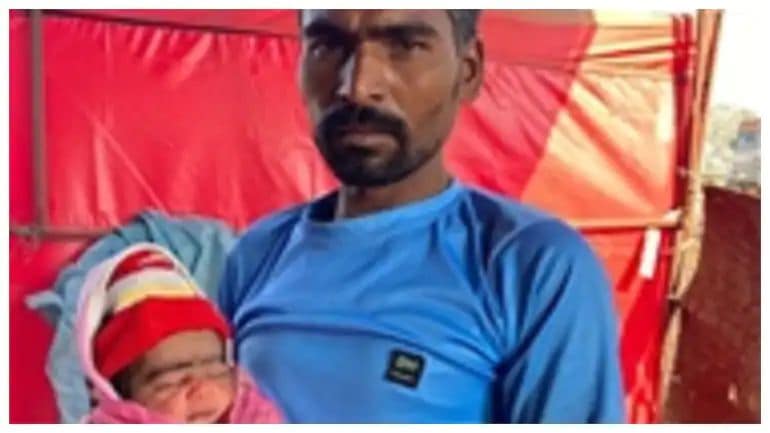 Pakistani couple having children at the border

Balam Ram said they came to India with 96 other citizens. Besides visiting relatives, they also went on pilgrimage. They came to India before the lockdown. But they were detained for not showing the required documents. They could not return home and were detained at the Attari border. The local administration said there were about 48 children in the group. 7 of them were born in India like Border. Apart from Balam, there is another Pakistani in the group whose children were born at the Attari border. That child is named Bharat.

All of them are waiting for the uncertain future in the area near the Atari border. But the Pakistani Rangers have refused to return to their country. All these families are living in temporary camps near the Attari border. The locals are helping with some food and medicine. All the families are spending their days with this little help. The locals are helping them with clothes.

At present India has not accepted them, again Pakistan has turned its back on them. In such a situation, newborns like Border, India and all their families are living in a state of uncertainty. No one knows what the future holds for all these families.