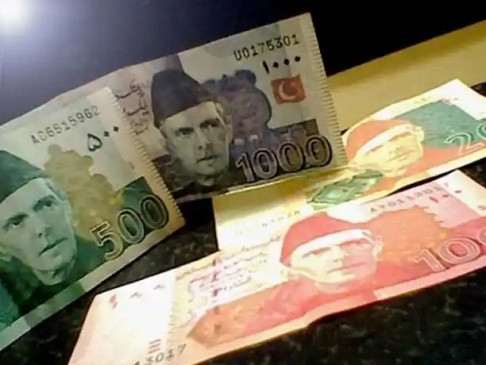 Digital Desk, Kabul. Amid the collapse of Afghanistan’s banking sector and sanctions imposed on the currency exchange system by the Taliban, local traders are now opting to use the Pakistani rupee as a form of financial transaction for payments in several provinces of the country.
A local trader said, due to the fluctuating US dollar and Afghan currency rates, everyone here is using Pakistani rupees.

The circulation of Pakistani rupee among Afghan traders is being seen for the last one month. However, the Pakistani rupee is not being openly accepted for trade amid fears of sanctions imposed by the Taliban regime, which have allowed the use of the Afghan currency for all operations in the country.

Another said, small traders and local people in Afghanistan are using Pakistani rupees for daily transactions and purchase of food items. The provinces adjoining Pakistan prefer the rupee instead of the Afghani, as they would lose 10 percent in converting the rupee to the Afghan currency.

We also need Pakistani Rupee to import goods from Pakistan, said Hameed Khan, a trader, as both Pakistani and Afghan traders prefer to use Pakistani currency for trade due to the precarious situation in Afghanistan.

The Taliban government is working hard to reactivate its banking system. Calling the US to unfreeze the country’s $9 billion central asset. The Taliban regime has also been calling on the global community to help the country get back on its feet through economic bailouts, humanitarian aid and facilities.

Hameed Khan said, a joint commission was set up by various civil and military agencies to monitor shopkeepers and general public dealing in Pakistani currency.

If the Afghan government fails to reactivate the banking system for traders and the general public, it will not only increase the use of the rupee but also affect the ability of traders to import goods.