Tata Motors has launched its CNG cars to compete with Maruti and Hyundai. The company has launched its popular hatchback Tiago and compact sedan Tigor with CNG variants. Tata has launched these CNG variants with i-CNG technology. Which will help these vehicles to give better performance. The special thing is that the price of Tata’s Tiago CNG is about 50 thousand rupees less than the Maruti Celerio launched two days ago. 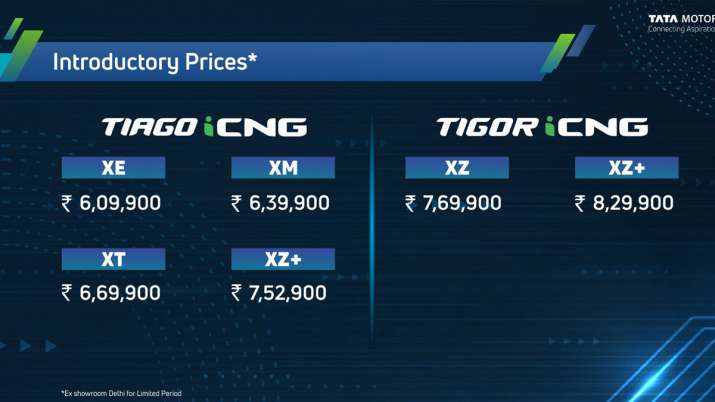 Tata launched Tiago and Tigor CNG cheaper than Maruti, you will buy immediately after hearing the price

The factory-fitted CNG kit is the only change in the Tata Tiago hatchback that comes with the 1.2-litre Revotron engine. The engine gives a power output of 73 PS. It comes with 165 mm of ground clearance. The car gets projector headlamps, LED daytime running lights, chrome trims on the grille. Harman touchscreen infotainment system is available in the cabin. Tata Tiago CNG will come in 5 different color options and four variants XE, XM, XT and XZ+. The hatchback’s color options are Midnight Plum, Arizona Blue, Opal White, Flame Red and Daytona Grey. 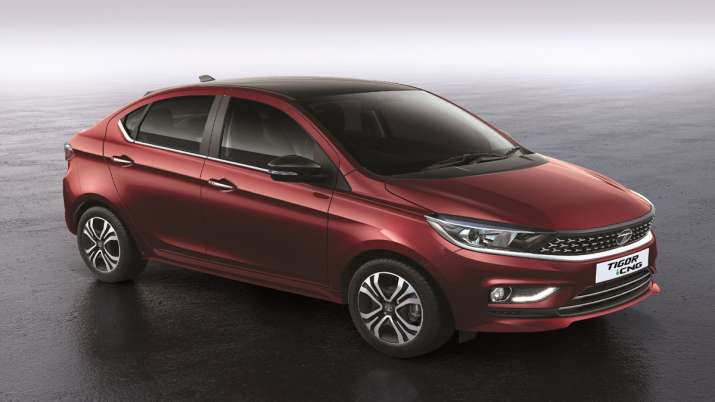 Tata launched Tiago and Tigor CNG cheaper than Maruti, you will buy immediately after hearing the price

The Tata Tigor has become the first car in India to have petrol, electric and CNG variants with the launch of the CNG variant. The Tigor CNG also gets a factory fitted CNG kit which comes with the 1.2-litre Revotron petrol engine. It gets automatic headlamps, dual-tone roof, rain-sensing wipers etc. Inside the cabin, it gets automatic climate control, a seven-inch touchscreen infotainment system. Tata Tigor CNG comes in 4 different color options and 2 variants, which are XZ and XZ+. Color options of this car include Magnetic Red, Arizona Blue, Opal White, Daytona Gray and Deep Red.