Home Top News The rulers of Pakistan also accepted what we kept saying, the former Prime Minister surrounded the Imran government, told Pakistan the backer of terror. Pakistan is again surrounded in its house, Nawaz Sharif said, the secret of terrorism in Pakistan 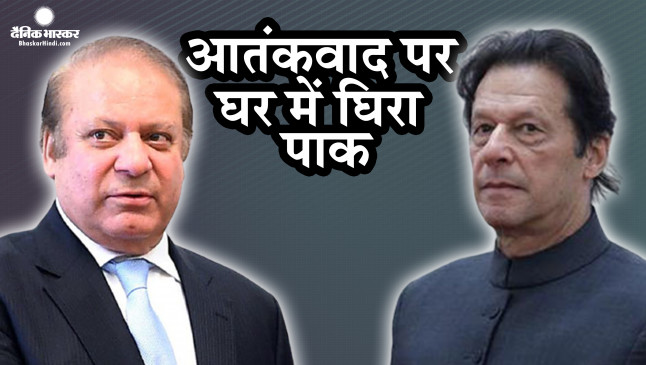 Nawaz Sharif said that Pakistan is raising its head again due to wrong policies of Pak Prime Minister Nawaz Sharif. It is noteworthy that three people were killed and several others were injured in an explosion in Anarkali area of ​​Lahore. After this incident, the opposition is attacking the Imran government fiercely.

Former Prime Minister of Pakistan Nawaz Sharif has been living in London since the year 2019. PML-N leader Nawaz Sharif had tweeted and wrote that I condemn the Lahore blasts and pray for the recovery of the injured. Targeting Prime Minister Imran Khan, he had said that terrorism has again raised its head in the country due to his wrong policies. After Nawaz Sharif’s tweet, the Pakistan government seems to be surrounded in its own house regarding terrorism.

Guess what Imran Khan is talking about in his campaign cell meeting? Noble! what is next? Blaming the victims for the tragedy. Imran seems to be surrounded in his own country on the issue of terrorists. All the opposition parties are calling him the most failed government.

Tehreek-e-Taliban Pakistan (TTP) is also known as Pakistani Taliban. The continued increase in attacks by the TTP is seen as a major failure of the Imran Khan government’s policy. Experts believe that extremism has been encouraged in the country. Analysts say Pakistan has deliberately refused to assess the relationship between the Afghan Taliban and the TTP. This is a well thought out conspiracy of Pakistan.