The high-end SUV segment has fewer players but has a demanding customer expecting more in terms of luxury plus features. On one hand, you have SUVs like the Fortuner and on the other a line-up of compact yet premium 5-seater SUVs. The Tiguan from Volkswagen is not new since India had the earlier generation model on sale. Later Volkswagen brought in its Tiguan All Space three-row version.

Now India once again gets the 5-seater Tiguan in an all-new avatar. We had a preview of this new SUV yesterday at its launch event so Here is our detailed first look.

We will start with the exteriors and here it is not a small facelift as it’s a detailed one. While still retaining the same basic shape, the front look has been updated with a more premium design. There is a bigger new grille, new front bumper while the lower half gets more black inserts. The other big change is the new headlamps which are LED matrix lamps. Elsewhere, there are new 18 inch alloy wheels, an updated front bumper and tail-lamps. In total the new Tiguan has 7 color options namely, Nightshade Blue, Pure White, Oryx White with Pearl effect, Deep Black, Dolphin Gray, Reflex Silver, and Kings Red. As a design, it is a typical German understated design but one that looks sporty.

Inside, it’s all high-quality Volkswagen materials and design which we have seen with the Tiguan Allspace three-row version. The new Tiguan when compared to the earlier version, gets a bigger touchscreen, digital instrument cluster, and a pretty big list of features. The 8-inch touchscreen infotainment system is updated and has the latest slick menu while it also has gesture control in the Tiguan. 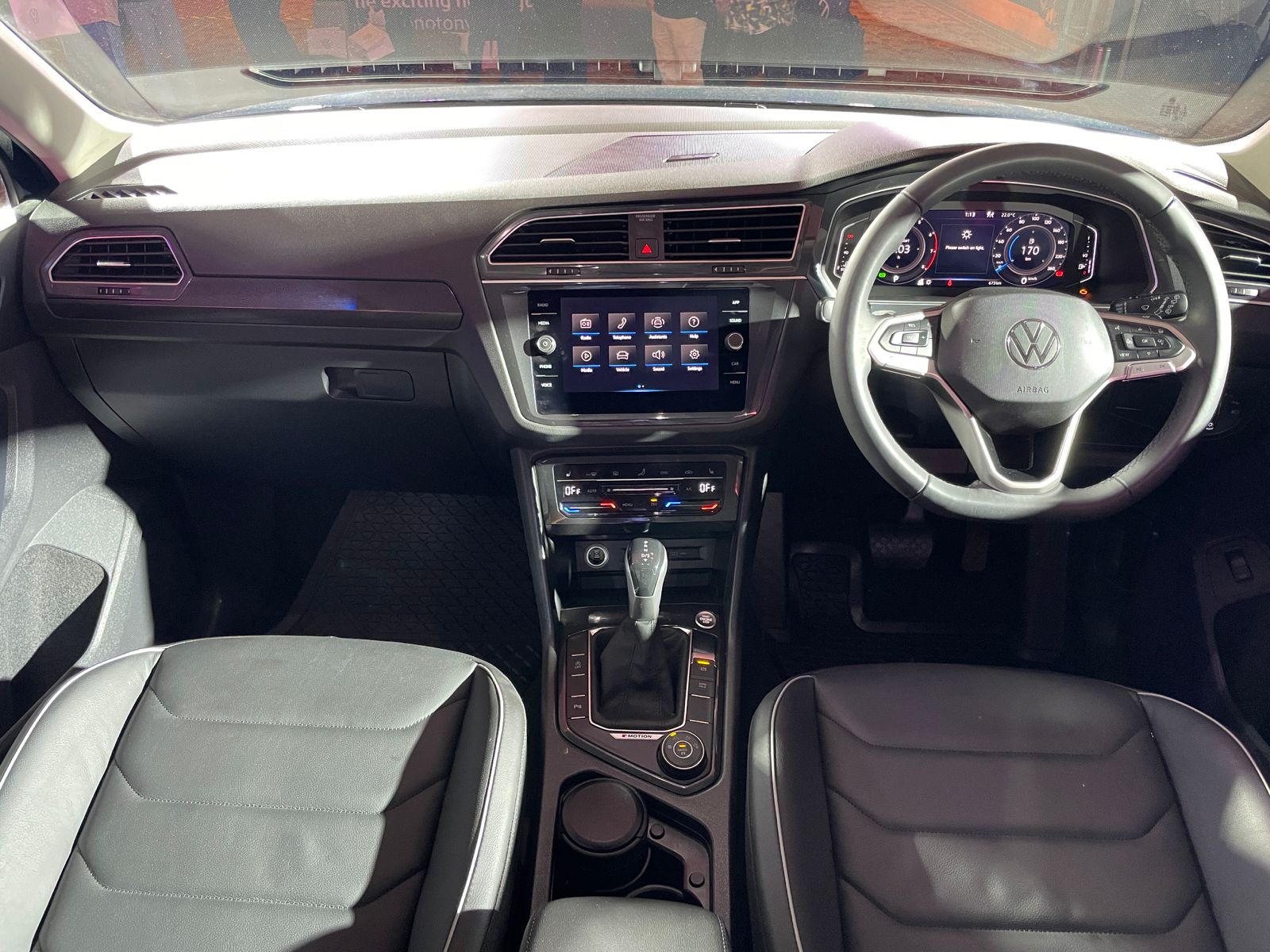 The earlier Tiguan had a diesel engine which is now replaced with a petrol motor. Yes, the new Tiguan gets a 2.0L TSI engine with 190PS and 320Nm. Standard is a 7-speed DSG transmission while 4MOTION all wheel drive is also there. The efficiency of this engine is rated at 12.65 kmpl (ARAI certified). The Tiguan is priced at an introductory price of INR 31.99 lakh (ex-showroom). While it is locally assembled we were hoping for a bigger price cut but nevertheless, the Tiguan is a feature packed German luxury SUV that should appeal to SUV buyers looking out for performance. Compared to rivals the Tiguan is more expensive but the drive experience might make it worth it. Stay tuned for that.