Yellow colored gemstone is a topaz gemstone. This gem belongs to the planet Jupiter. It is said that for a person whose horoscope Jupiter is in an auspicious position, then Topaz can prove to be very fruitful for him. People to whom topaz gives fruit, they get wealth, career, education as well as respect.

people usually think that topaz Anyone can wear it. But it is not at all like the way that wearing topaz gives happiness and prosperity. At the same time, it can prove to be harmful for many people. Many problems have to be faced with the loss of money. Know which people should wear topaz and which people should not.

Emerald makes the mind sharp and speech sharp, know who to wear and who does not

These people should wear topaz

The lord of Aries is the planet Mars and there is a good relationship between Mars and Jupiter. Apart from this, there is also the effect of Jupiter on the ninth and twelfth house of Aries. Therefore, wearing topaz will prove to be good for the people of Aries.

Coral strengthens Mars, know who should wear this gem

Taurus
The ruling planet of Taurus is Venus and this planet has a normal relationship with Jupiter. If Jupiter is in the second, fourth, fifth, ninth, tenth and eleventh house in the horoscope of the people of Taurus, then the person gets financial benefits. Therefore, the people of this zodiac can wear topaz by asking astrology.

Gemini
The lord of Gemini is Mercury. There is neither good nor bad relation between Jupiter and Mercury. If Jupiter is in the second, fourth, fifth, seventh and eighth house in the native’s horoscope, then one can wear topaz. But due to being the seventh lord and Marrakesh, the use of topaz should be avoided. 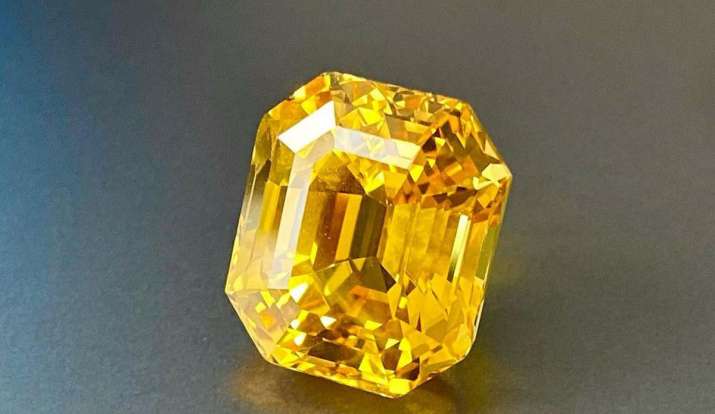 Yellow sapphire is auspicious or inauspicious

Cancer zodiac sign
The lord of Cancer zodiac is Moon. It has a calm and gentle relationship with its Guru. On the other hand, if Jupiter is in the sixth and ninth house in the native’s horoscope, then wearing topaz will be beneficial. The person will get benefit in diseases related to stomach, heart and breathing. But if the Jupiter in the horoscope is in the sixth ie in an inauspicious state, then never wear it alone. Rather, if you want to wear topaz, then wear it with Guru Yantra. This will eliminate its bad effects.

Leo sun sign
Sun is the lord of Leo zodiac. Sun and Jupiter both maintain friendly relation with each other. Jupiter is the lord of fifth and eighth house. In such a situation, it will be beneficial for the people of Leo zodiac to wear topaz. If you want by asking astrologer, you can wear topaz with Sun’s gem ruby. You will get double benefit from this.

Scorpio
The ruling planet of Scorpio is Mars. Both Jupiter and Mars have a friendly relationship. People of this zodiac can wear topaz with red coral. But if Jupiter is in 2nd house in Scorpio, then it is also a strong Marrakesh. In this case, wearing topaz can be harmful. If you want to wear it in this state then you can wear it with Guru Yantra.

sagittarius
Jupiter is the lord of 1st and 4th house in Sagittarius. This place is very auspicious. Therefore, people of Sagittarius zodiac sign, you must wear topaz. This will give you physical and mental benefits.

Pisces
Jupiter is the lord of 1st and 10th house in Pisces. In this case it gives very auspicious results. Therefore, the people of this zodiac must wear Pukhraj. Due to this, the relationship of the mind with the body remains good and benefits are received in career.

Which people should not wear topaz

Virgo sun sign
The ruling planet of Virgo is Mercury. There is no friendly relation between Mercury and Jupiter at all. Along with this, Jupiter is the lord of the fourth and seventh houses of this zodiac. The fourth house is related to mother, land, building, vehicle and happiness, while the seventh house is related to spouse and Marrakesh. Therefore, the people of this zodiac should not wear topaz at all.

Aquarius
The lord of Aquarius is the planet Saturn. Due to being second lord i.e. strong Marrakesh and Ekadesh in this zodiac, it is inauspicious. For this reason people of Aquarius zodiac should also not wear topaz.

Disclaimer- This article is based on general public information and proverbs. India TV does not confirm its veracity, before wearing any gemstone, consult an expert from the relevant field.