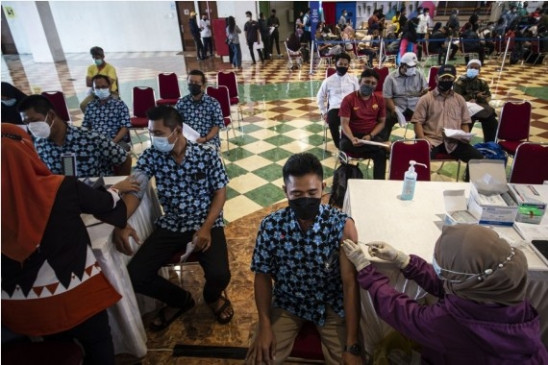 digital desk, Jakarta. In Indonesia, 2,925 new cases of corona were reported in the last 24 hours, due to which the number of infected in the country has increased to 4,286,378. This information was given by the Ministry of Health.

The ministry said that 14 people have died of corona in Indonesia in the last 24 hours till Sunday, raising the death toll to 144,220. During this 712 people have been cured, due to which the total number of people who have been cured has increased to 4,123,267.

According to the Xinhua news agency report, more than 18.113 million Indonesians have received the first dose of vaccines, while more than 1240.8 million people have received the second dose. Indonesia began large-scale corona vaccination in January 2021 after authorities approved the emergency use of China’s Sinovac vaccine. So far 20.82 crore people have been fully vaccinated in the country. The government has given more than 30,657 crore doses, including the third booster dose.