New Delhi: The Congress party on Monday released a list of 30 star campaigners for the first phase of the Uttar Pradesh Election. 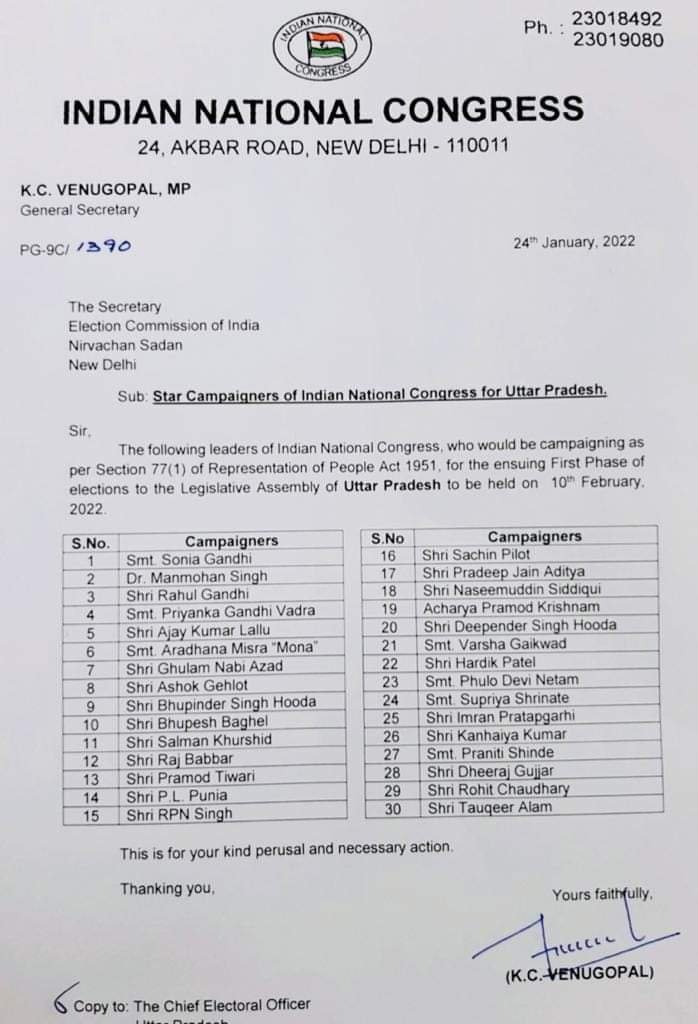 Previously, both Samajwadi Party and Bahujan Samaj Party (BSP) on Sunday released their list of star campaigners for the first phase of the Uttar Pradesh assembly elections.

According to the Election Commission, in the first phase of the election, 58 assembly constituencies spread over 11 districts will go to polls on February 10.

Counting of votes will be held on March 10.

The districts which are going to polls in this phase are Shamli, Muzaffarnagar, Baghpat, Meerut, Ghaziabad, Gautam Buddh Nagar, Hapur, Bulandshahr, Aligarh, Mathura and Agra.

Assembly polls in Uttar Pradesh will be held in seven phases between February 10 and March 7 and the results will be announced on March 10.